Barack Obama is a great man, but frankly I voted for him because he's hot.

Whenever it comes to serious matters—such as choosing a president—my advice is to go shallow. And, people, Crabmommy knows what she's talking about. Just look at my voting record: every time I have voted for a president, said president has become a hero of international proportion. Witness the presidential elections that—through fate's strange hand—are the only two elections I have voted in:

Not to overly estimate the power that is Crabmommy, but I think the results above prove that I am onto something: whenever Crabmommy votes, great things happen. Because evidently I am able to see what makes a great leader.

Here, for the first time ever, I'm happy to lift the veil on the voting booth and share with you the oh-so-simple secret behind my spot-on picks! Friends, my one and only criterion for predicting great presidents: appearance. True, both of the above men exhibited impressive track records of service, humanitarianism, idealism, intellectual heft, and so forth, but when it comes to the actual voting process I set everything aside for simplicity's sake and go on looks alone. Physical-merits-based voting: it works every time.

Nelson Mandela: He may have been old when I voted him in as South Africa's first democratically elected president, but he was still hot. In South Africa this is a pretty widely accepted fact even for white people (except perhaps by those who still long for apartheid, and there are a few of those left). Mr. Mandela has a great physique: he is tall and well-built (as a young man he was a boxer). He has high cheekbones, and is basically all-around h-o-t. See, even here as an old chap, he remains beautiful: 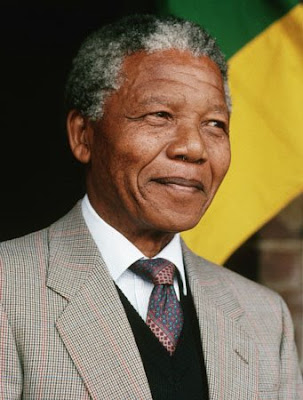 Not so P.W. Botha, another famous former president of my native country: 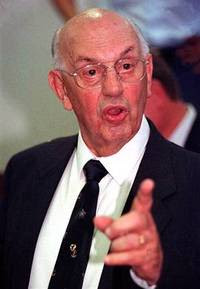 Aside from the fact that the man above is a ghastly racist, he's plum not sexy—a superb, picture-perfect example of how NOT to vote in presidential elections.

Moving on to the USA, no one could fairly say that Bush is

He has nice cheekbones and a decent nose. But the famously tiny too-close-together eyes seal the deal. And the mouth is loose (see left). I do understand that sometimes politicians are captured on film while talking, but one can still make hard aesthetic choices by analyzing motion shots. After all, here's Barack (at right) doing much the same as G.W. is doing, only he looks hot while the other does not. Who's going to go down in history as the better president? I don't think we need time to tell us: we have the photos, and the answer is clear.

I hope you've learned something today, dear reader. And that going forward, like me, you will continue to vote with your eyes. Imagine a world where we all picked leaders based on looks alone! A world where this guy— 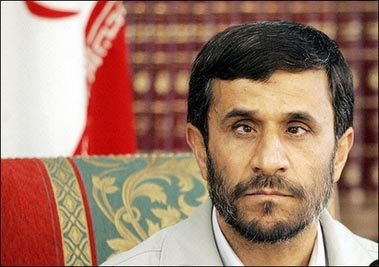 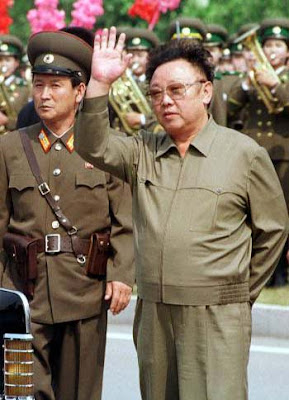 ...and similarly atrocious leaders would be vanquished from the pages of history! Let us dream of that beautiful possibility, my friends, even as we give thanks for the exquisite reality we are currently enjoying in the USA. 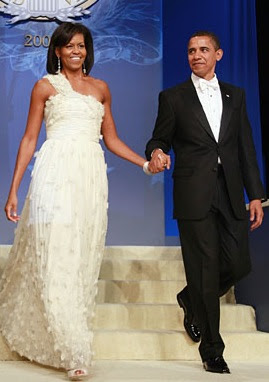 p.s. New posts this week at the bloglet, as always. Please to visit the corporate sponsor of your Crabmommy?!

Posted by Crabmommy at 8:53 AM

I am always struck at how true it is that goodness radiates a beauty of its own (high cheekbones help!) and that evil, greedy, nasty people kind of get uglier as they go along. (Case in point your old apartheid walrus.) Lets hope our new president manages to keep political evil at bay, so he can to radiate through 2 fabulous terms.

Let's not forget about how hot his wife is, though. Haven't seen such a smokin' first lady since Jackie O.

I have a complete Obama crush, but it's rapidly developing into a couple crush. They are plain fabulous.

And I agree with you, Nelson was hot too.

Hah hah, PW vs Mandela. Bklynmom, of course PW was also known as the Great Crocodile, following a cartoon of him I think.

I've been relatively indifferent to your elections, apart from the comedy provided by Ms Palin (how I miss her). Also, naturally sceptic, I avoided the Obama mania. But then I read that he's a (former) smoker, that he once did some blow, that he was seen with a copy of a Walcott book in his hand and that, by god, he even writes (wrote) poetry. In fact, I think his 'Pop' (google it) is a far better poem than the Alexander inaugural underwhelment.

Just FYI You do know that your blog still come up as.... Crabmommy: Auction Benefit Week for Carol and Stephanie It's been awhile since the auction. Again Just FYI

I think it is true, Obama's looks probably did help him win the election.

page...what do you mean it still comes up with that title?
Where?
Maybe it's just on yr comp...lie a cache issue or s-thing? Pls tell me! gracias!

rk, I agree--alexander poem underwhelming. Some nice spots but it should have been astonishing throughout.

You had me, right up until GWB. He may have been ineffective, but he isn't an unattractive man. IMO!

OK, I lied, I don't think Mandala is even remotely good looking.

Submit your site to search engines and get blog ads. Great links.

Where is the liberal outrage when Obama kills civilians?
President Bush was criticized for attacks against Al Qeada that sometimes killed civilians. Even candidate Barack Obama was critical. Will liberals now start calling Barack Obama a murderer? I suspect they will just look the other way.

Oh I agree... I was in Washington for the inauguration and it was unbelievable. So nice to see so many happy hopeful people. Goodbye Karl Rove, Dick Cheney, and Bush!

Hello!
It is interested very much.
Please link to this site.
http://love-marriage-lover-couple.blogspot.com/

Obama's ears, though, are so big that all I can focus on when I see him speak (now that I am in hotel where there is TV) is them.

I find Jacob Zuma quite unattractive, although an enterprising roadside artisan at Hazyview has carved a very fetching likeness of him, avec trademark microphone.

OK, Jacob isn't actually the president (yet), but everyone thinks he is and those who know he isn't (like me) can never remember or pronounce the real Prez's name.

Come back Nelson, or at least send Morgan Freeman (who, himself, made a very nice US president in one of those meteor disaster movies).

The Obamas are really good looking and seem really cool.

Your posts are such great examples of how to blog well =)